Hint was in the daily routine 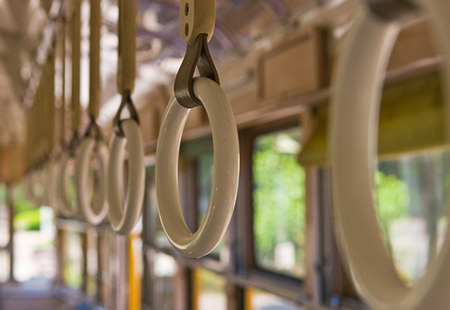 Is there any way other than using combs to prevent clogging?
Although R&D members were hopeless, the founder never gave up.

"The issue is not the layering structure.
There must be a way to remove the clogged materials by using other mean than combs."

In 1992, after New Years Day, he was on the same train as usual and one thing caught his eye.
It was a number of circular train straps hanging down one after another.

Founder informed this new idea to the R&D members as soon as possible and devoted on making a prototype. 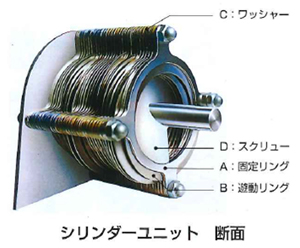 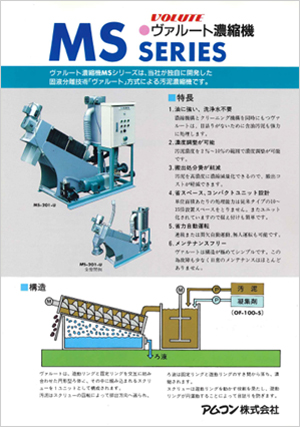 New filtering drum of improved VOLUTE™ prototype, consisting of layers of moving rings, fixed rings, and a screw which runs through the center, solved all the past issues.

Principle of newly developed "multi-disc screw press" is that screw, installed inside the filtering drum consisting of layers of rings with filtering gaps, rotates at stable speed to thicken, dewater and discharge water from the gaps.

Layers of rings which move like hula-hoops continuously clean the filtering zone. 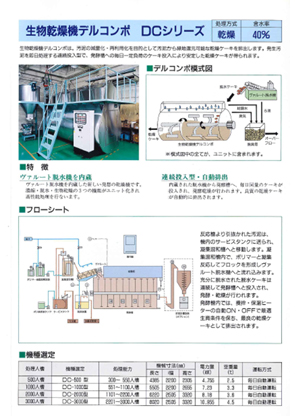 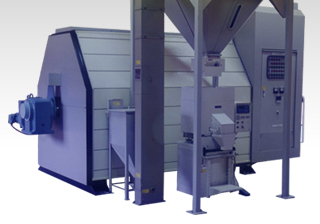 With this improvement, rinsing water free sludge thickener/dewatering press which had never existed in the world, was developed.
(Shower operates intermittently just to keep the filtering drum clean but not to prevent clogging.)

Soon after the development of sludge thickener/dewatering press which requires no rinsing water to prevent clogging, R&D members set up the next goal. The next goal was not to only reduce the sludge but to reuse the sludge.

In 1996, AMCON invented "Dell Compo System", which was mainly used for drainage facilities for agricultural communities to ferment their dewatered sludge to turn it into nutritious fertilizer which then can be returned to the land. 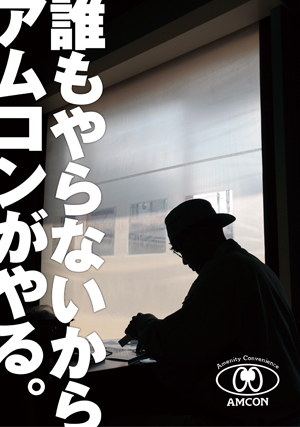 AMCON do it as nobody else does.

Our source of force is that we not only developed sludge thickener/dewatering press but actually used them. Because we were users, we can understand what the operators on site are facing on daily basis with their sludge and can provide suitable service.
Maintenance of status quo is to regression.

We still continue to develop a product which will never be perfect no matter how far we progress.